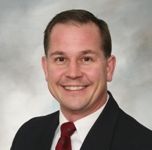 City Councilman Eric Klein has announced his bid for re-election. Klein was first elected in 2009 and re-elected in 2013. He has served on numerous city and metro area boards including the Des Moines Convention and Visitors Board, Waste Water Reclamation Authority, Clive Parks and Recreation Board and Clive logo and tagline board. He was the president of the Clive Festival for four years and is a member of the Clive Chamber of Commerce. “It has been a privilege to serve the citizens of Clive for the past seven years,” he said in a news release. 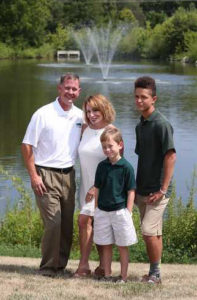 An 11-year resident of Clive, he is a service manager with Cintas First Aid and Safety and a former captain in the Iowa National Guard. He and his wife Kennetha have two children, Austin and Carson. He is a graduate of Dowling Catholic High School, the University of Iowa and the Iowa Military Academy.

“Clive is recognized as a premier destination to live and work in central Iowa. My goal is to keep the right mix of low taxes and high levels of city services that our citizens expect in a financially sound manner,” he said. “As Clive moves toward our full build-out, I will continue to support a balanced budget approach that focuses on good fiscal stewardship of our tax dollars and responsible growth.”

Maintaining Clive’s AAA-bond rating, improving and enhancing the Greenbelt trail and park system and improving streets and infrastructure are Klein’s priorities, he said.

“As Clive moves toward our full build-out, I will continue to support a balanced budget approach that focuses on good fiscal stewardship of our tax dollars and responsible growth.”

© Copyright 2021 Klein4Clive.com
All Rights Reserved
Paid for by Klein for Clive City Council